Simplify and Win Your Conversations About the Weather! (Guest Post)

This post was written and paid for by the Polar Jet Stream, which is the concentrated band of strong winds aloft, generally found between 35 and 60 degrees north latitude.

People love talking about the weather, especially when it gets exciting. It's the most common topic of conversation in North America.

Recent fad terms (Polar Vortex, anyone?) are enticing, but fail to explain the weather comprehensively and accurately.

Do you want to bring a scientifically-shaky explanation of what's going to to your weather conversations? One that breaks down upon examination and confounds the very scientists who supposedly understand it? One that is accurate practically never and leaves people with more questions than answers?

I didn't think so.

Or, do you want to be armed with an explanation that is simple, efficient, and correct almost every time?

Of course you do!

If you want to win your conversations and leave people with no doubt that you know your weather, then look no further than me, the most influential, persistent, and reliable large-scale-weather-explaining mechanism out there.

I am the Polar Jet Stream. I am all the explanation you need.*

Nothing else has my track record. Take a look at these credentials:
Sure, El Niño, Global Warming, and the Polar Vortex can explain plenty of weather phenomena. But if you rely on them out of context, you will be a laughingstock for years, or even decades to come.

Don't let that happen to you.

Make sure you get it right. Fortify your conversations by understanding the most frequently-referenced and most trusted name in the Atmosphere. Me. The Polar Jet Stream.
You can find me on a weather map by looking for a band of strong 250-millibar (mb) winds. Those are the winds about 6-6.5 miles off the ground. Sometimes, commercial maps will just spell out exactly where I am. (In truth, I have a broader definition, but don't worry about that!)


Once you have found me, all you need is your location, and these simple rules of thumb will work 99% of the time! 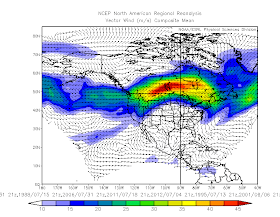 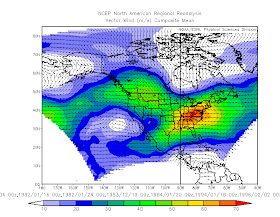 That's it! No messy Polar Vortex. No confusing El Niño. No politically charged Global Warming. Just a simple explanation that's accurate more than 99% of the time.  Find me, and understand your weather.

Watch a loop of the last 6-6.5 days, compare it to what you have experienced, and judge for yourself!

Listen to what these satisfied users have to say:

I must say, after getting swept up in the Polar Vortex current, my husband and I were skeptical that we would ever find another believable explanation for the weather. But then, during a stormy period in May, we pulled up some simple charts, and sure enough, the Polar Jet Stream was practically sitting on top of us! The next week it got hot and we saw that it was about 500 miles to our north. It has been spot-on ever since. Thank you, Polar Jet Stream! - Tamara and Gene Crenshaw

After 16 years in Atlanta and now back home in Minnesota, I am reminded just how wide-ranging and extreme the weather can be, all thanks to the Polar Jet Stream! - Daniel Dix

If you live in the northern hemisphere, north of 35 degrees, there is no better single mechanism for understanding and explaining your weather than the Polar Jet Stream. I cannot recommend familiarizing yourself with it enough! - Kenny Blumenfeld


If you want to put your best foot forward and impress your friends and colleagues with your commanding weather knowledge, drop those trendy explanations that will make you look foolish. Get on board with best explanation on the market: Me. The Polar Jet Stream.